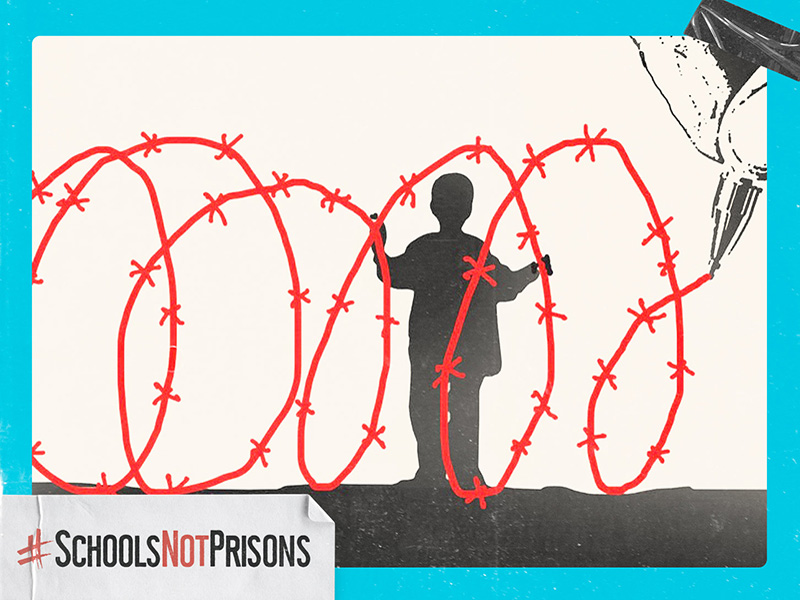 Putting youth in jail or prison doesn’t make our communities any safer. In fact, it can cause more trauma and harm to young people and leave them worse off.

When youth are incarcerated their education and mental health suffer.

Young people need more positive supports. And when they make mistakes, they need to be held accountable but also provided with guidance to get them back on track – not pushed further into the prison pipeline.

For example, California has about 7,000 young people incarcerated in state and county facilities. The state spends $264,000 a year to lock up a youth in state prison, but just $10,300 per student in K-12 schools.

Incarcerating youth doesn’t decrease reoffending, and it may increase recidivism for some young people, studies show.

Nationally, 20% of kids in youth prison identify as LGBTQ – that’s more than double the number of LGBTQ in the general population (7-9%). LGBTQ face increased risk of being arrested, prosecuted, and mistreated in court and detention.