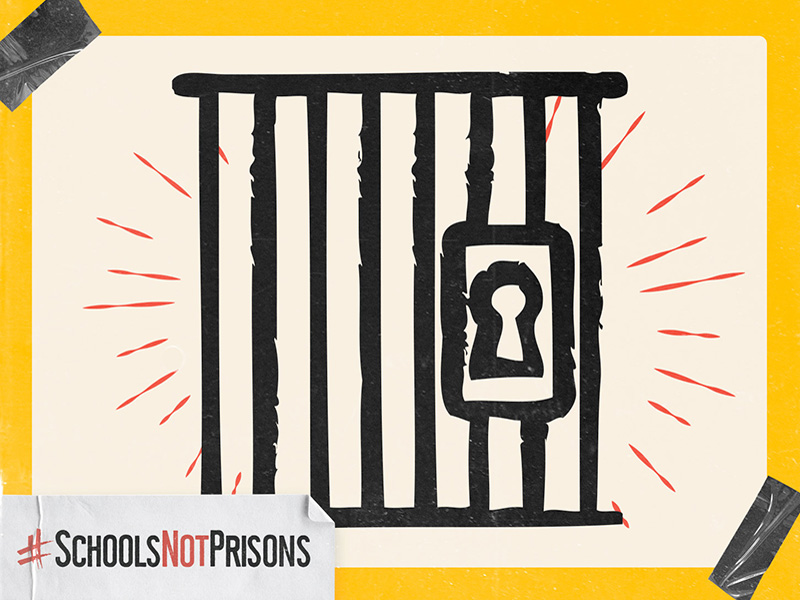 40,000 immigrants and refugees are incarcerated in immigrant prisons across the US, breaking apart families and communities. The majority of immigrants are held in facilities run by private, for-profit prison companies that make millions of dollars a year incarcerating immigrants.

Human rights organizations have reported countless abuses at these prisons, including: blocking access to attorneys, sexual abuse, poor access to healthcare, overuse of solitary confinement, and even death.

While the government makes it illegal for undocumented people to work on the outside, they are hired by the private prisons and paid just $1 a day.

LGBTQ detainees are particularly vulnerable to harassment and abuse due to their sexual orientation.

Prior to the 1990s, most people awaiting immigration proceedings were not incarcerated.